Where and What is Jordan?

The Hashemite Kingdom of Jordan (HKJ) is a relatively small country in the Middle East. It is part of the Levant and surrounded by Palestine, Israel in the West, Syria in the North, Iraq in the East, and Saudi Arabia in the South. It is home to a little bit more than 10 million citizens, with about 4.5 million living in Amman, the capital of Jordan. Jordan’s official language is Arabic. The dialect is similar to the ones spoken in Syria, Palestine, and Lebanon. However, Jordan has a very young population and many people do speak English. As a tourist, you can usually get along with using English, especially in the cities and popular tourist spots, such as Petra, Wadi Rum, or the Dead Sea. 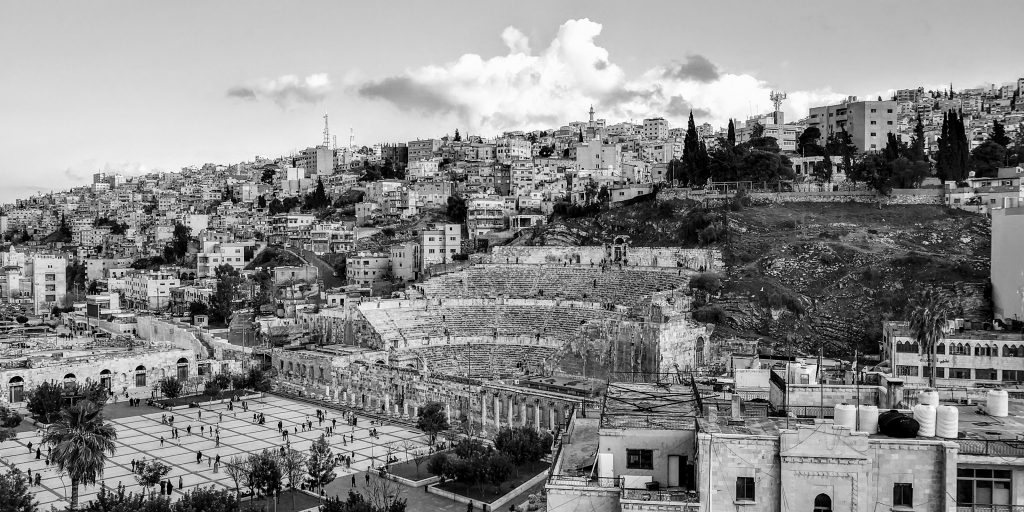 Jordan is an Arabic country but also has small minorities of Circassians and Armenians living among them. Jordan is well-known for having a history of welcoming immigrants. Nowadays, the population includes many Palestinians, Iraqis, Syrians, and Egyptians. The mix of course adds to the challenges of the country but also has enriched diversity and culture. This is observed in traditions, food, and society across the Kingdom.

What is the Religion in Jordan?

The majority of the people in Jordan are Muslims with an overall percentage of 95. However, Jordan is also home to Christians, and other lesser-known religions. Many Christians live in Amman and the towns of Madaba and Fuheis. With Islam being the main religion in the country, many traditions and customs are defining everyday life in Jordan. Therefore you will hear the “Adhan” meaning “to listen” is the calling for prayer time several times a day pretty much anywhere in Jordan. You also need to be aware of Ramadan, the holy month of Islam. During this month, Muslims across the world fast, meaning they don’t eat and drink from sunrise to sunset. Also, all liquor stores are closed. When visiting Jordan, make sure to respect the local customs. When we create your trip at MyFairyTrail, we take everything into considerations and provide you with the necessary information and tips. 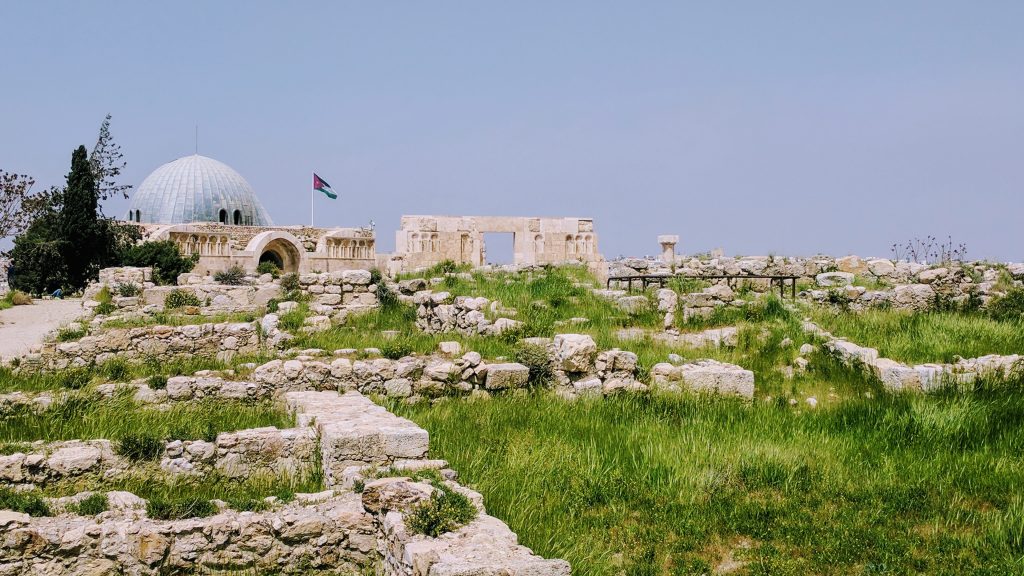 What is Jordan Famous for?

Jordan is without doubt famous for its hospitality and friendly people. More than likely, you will be invited for tea or coffee with or without any reason. Jordanians love to eat and gather, and they are more than happy to share with family and friends. Jordan has a great Food Culture. Jordan has everything from mouthwatering Manakeesh or Mezze for breakfast over various Falafel and Shawerma restaurants, to delicious rice dishes. Beyond its national dish Mansaf, you should try Maqloobah, Ouzi, Makmoora, Sajiyah. If you still have room in your belly savor the many treats for dessert. On any visit to Jordan, you must try Kunafah, Baklawa, Warabat, or taste dates with nuts, covered in chocolate. Read here for further details on Jordanian Food.

What to Discover in Jordan

Apart from the welcoming culture and the tasty food, Jordan has plenty of attractions for tourists. Not only is Jordan home to one of the world wonders, Petra. Jordan has a diverse landscape, with mountainous areas, forests, deserts, and seas. You can hike through nature on green trails, abseil in canyons, or float in the Dead Sea. You can explore the Bedouin lifestyle and sleep under the stars in Wadi Rum. Watch birds in the Azraq Wetlands Reserve or follow the footsteps of the Oryx Antilope on a Safari through Shaumari Reserve.

In Jordan, you can discover plenty of historic places that were home to many different peoples from the Ummayad, Nabataean, Byzantine, Roman, or Ottoman period. The ruins of the Roman city of Jerash is as impressive as is the Karak castle, one of the largest Crusader castles located in the center of Jordan. Ajloun Castle was a stronghold for the Muslims and in the East Desert, you can find the remains of the Hejaz trails. No matter if you seek adventure, explore historical sites, spend a beach vacation, or if you are interested in the religious places in Jordan, MyFairyTrail can create the ultimate Jordan experience for you.

What to Wear in Jordan

Jordan has a pleasant and dry climate throughout the year. Between May and mid of November, it rarely rains. In winter though you can expect rainy and sometimes even snowy days. Obviously, in summer it can get very hot. So, in general, you should pack light clothes that cover most of your body, also for heat protection. A hat, sturdy shoes, and a light jacket are mandatory. Don’t forget your sunscreen. Out of respect for culture and religion, you should choose rather longer than shorter clothes. Spaghetti tops and extreme shorts are a no-go in Jordan. While Amman has a more open culture, Jordan, in general, is a conservative Muslim country, especially in remote areas. Men on almost all occasions wear long trousers, while short-sleeved shirts are OK. Women should not reveal too much of their skin in order to feel more comfortable. That applies also to tourists.

That being said, pack some shorts and swimsuits for the Dead Sea or visiting the beach in Aqaba. However, when hiking, cycling, or exploring some other adventurous activities, you can dress accordingly. 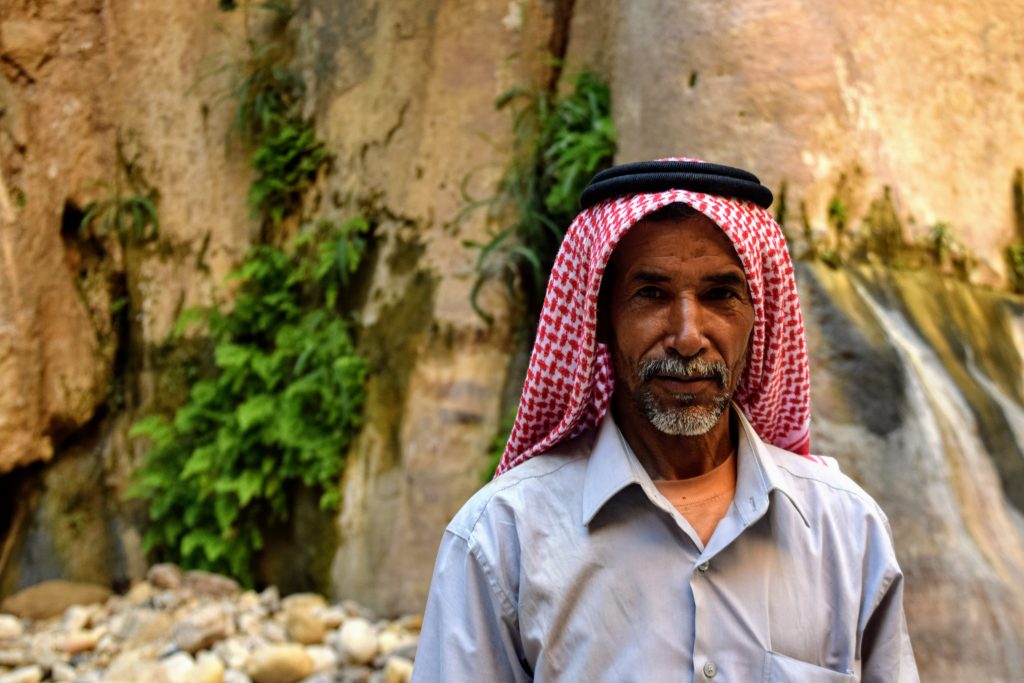 Is Jordan a Safe Country?

Although the Middle East is known for being at the crossroads of conflicts, Jordan has always maintained to be very safe. In the recent years there have not been any major terrorist attacks or other violent actions that targeted foreigners. Jordan has a high percentage of youth unemployment and it heavily depends on international aid. At the same time, the small kingdom managed to be a safe haven for its citizens, immigrants, and ex-pats alike. Jordan has a good reputation in the medical sector. Hundreds of NGOs operate from Jordan and steer their projects in the region.

Before the recent pandemic, Jordan had its all-time highest amount of tourists, with more than 1 million visitors to Petra in 2019. As a tourist in Jordan, you don’t have to be afraid and move freely. Usually, locals are friendly and helpful. Be mindful and respectful of the religion and culture, mentioned above. Travel as a couple or small group, or even solo is possible. Of course, general precautions, a common sense and respectful behavior is recommended. Myfairytrail can give you further advice and make sure that you are well prepared for your Jordan journey. 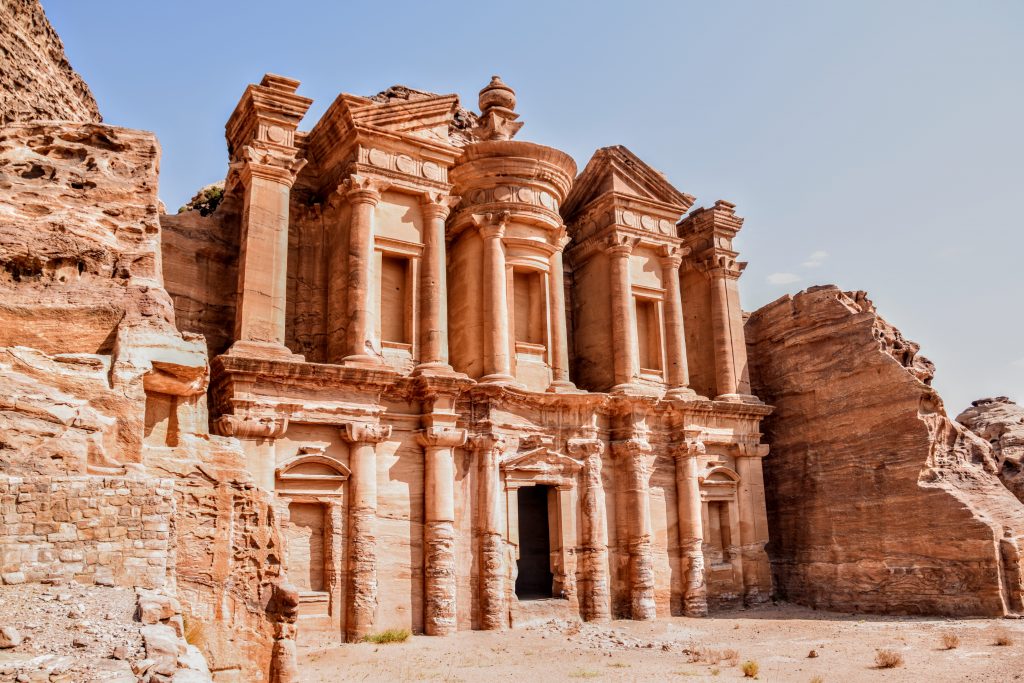 Create Your Trip Now with a few simple steps and let us tailor your trail.

The Jordan Pass and Visa Requirements